I had Friday off and spent my day running errands and checking things off my to-do list.  While taking care of my downtown tasks, I walked by Pacifico Pizzeria Ristorante, a restaurant that I frequented while working on the project team.

When the restaurant changed names (changed hands), I was a bit hesitant about trying it.  I looked at the menu while walking by and saw that the prices were beyond what I would like to pay for lunch.  Maybe just a place for business people who can expense their meals…?  I didn’t notice any “lunch special” menus, and when compared to the many other options in the neighbouring blocks, it didn’t seem like an economical option.

Last year, my friend suggested going to Pacifico for lunch.  Sure, why not?  Might as well give it a chance.  After we were seated, I noticed there was a lunch special menu. However, having not been there before, I let him suggest the order.  He suggested a Caprese Salad and a pizza to share. Since he picked the salad, I was left with the task of selecting the pizza.  Knowing my passion for arugula, it should be no surprise that I picked the Prosciutto & Arugula pizza. 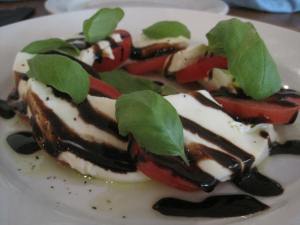 Delicious!!  I wish I had tried it earlier.  I love the combination of bocconcini, tomatoes, fresh basil, basil oil and balsamic.  It was a very refreshing salad.  Prosciutto & Arugula goes without saying that it was fantastic as well.  For me, can’t go wrong if there’s arugula in there!

As I started working on the project team, and being the “local” of the team (translation “local” = downtown office), they often looked to me for lunch suggestions.  I remembered the lunch specials and suggested going to Pacifico.  It was close to the office and could seat our big group.    We tried the lunch specials of hand thrown pizzetta and a soup or a salad.  Remembering how tasty the Caprese Salad was, I ordered the Caprese pizetta with the Clam chowder.  It was fantastic!  There were compliments around the table for the food and the restaurant.  Whew… another good food suggestion.

Since then, while working downtown, I frequented Pacifico for lunch.  There were days that I craved pasta and salad and other days when I wanted a pizza and soup.  Once in a while, I’d have a small appetite and only wanted soup and salad.  I heard the minestrone soup is pretty good but I have yet to try it.  Clam chowder is always my first choice.

Earlier in the Spring, when my colleagues were taking me out for birthday lunches and celebration lunches, I often chose Pacifico.  By then, I already had a regular order – Caprese pizzetta and Clam chowder.  For one of my birthday lunches, I went with two co-workers.  One of them ordered the Silician pizzetta and clam chowder, while the other ordered the Chicken Caeser Salad.  I traded a slice of my Caprese pizzetta for my co-worker’s Silician pizzetta so we could try a bit of everything.  The Chicken Caeser salad looked very fresh but we didn’t do any swap for it. 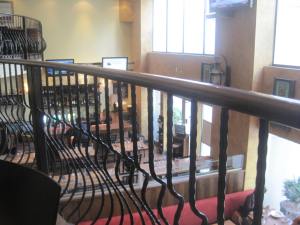 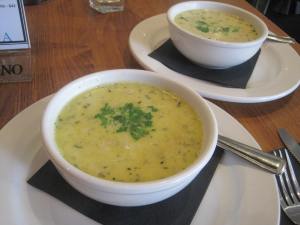 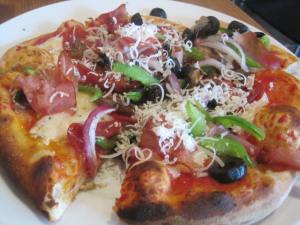 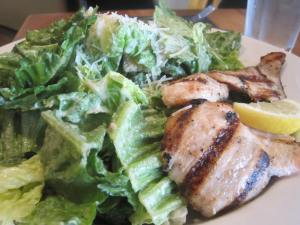 Since working in Richmond, I have missed visiting Pacifico for a warming bowl of clam chowder and a caprese pizzetta.  I was downtown in early September to teach at a course.  Timing couldn’t have been planned any better as the project team members were all in town for a meeting.  I was thrilled when we were all able to meet up for lunch at Pacifico.  Not a surprise, I ordered my usual – clam chowder and Caprese pizzetta.  Oh how I’ve missed them (the team, the food and the fun conversations)!!